Home › News › Jeff Bezos, The National Enquirer And The Meaning Of ‘Extortion’

Jeff Bezos, The National Enquirer And The Meaning Of ‘Extortion’ 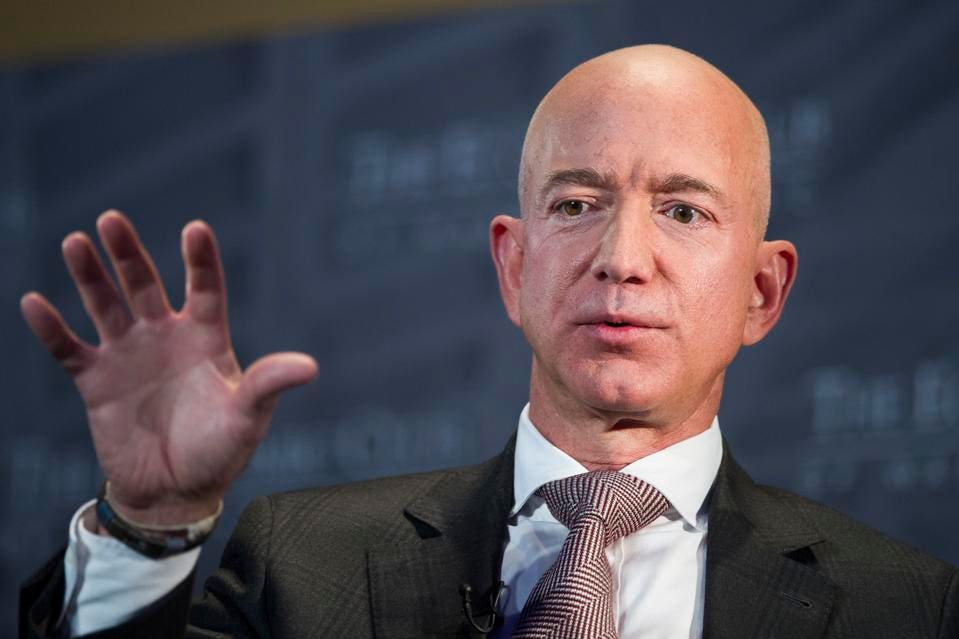 In a post on Medium, Amazon founder and billionaire Jeff Bezos accused the National Enquirer of extortion. The publication, Bezos alleges, threatened to publish embarrassing personal photos of Bezos if he did not issue a public statement saying that he has “no knowledge or basis for suggesting that [the Enquirer’s] coverage was politically motivated or influenced by political forces.” With some, including this author, agreeing that the Enquirer’s demand looks a lot like extortion, many have wondered what exactly constitutes criminal extortion.

Extortion, and wrongful coercion, is a crime in many states, including New York and California, and it is also a federal crime under certain circumstances. Generally speaking, the law defines extortion as inducing or compelling a person to do something (or abstain from doing something) that they otherwise have a legal right to do (or not do), through wrongful use of force or fear.

Mafia movies provide the most classic examples of extortion. Threatening to physically harm someone or their loved ones unless they comply with a demand is extortion. So is threatening to burn down someone’s storefront if they don’t pay protection money.

But another species of extortion, blackmail, involves threatening to reveal damaging or embarrassing information about someone unless they comply with a demand. The biggest misconception about this type of extortion is that the threatened act must itself be illegal. That is not the case.

It is usually perfectly legal (if mean-spirited) to reveal damaging or embarrassing information about someone. But when a threat to do so is coupled with a demand, it can cross into criminal conduct. A prime example is reporting a crime. Reporting a crime is generally considered an exercise of civic virtue. But threatening to inform on the perpetrator of a crime unless they comply with a specific demand is, in most cases, a federal and state crime.

Thus, what would otherwise be a good-faith negotiation can start to smell a lot more like extortion if the bargaining chips include threats of humiliation and embarrassment. If you tell your boss that you may have to start looking for a new job unless he or she raises your salary, absent unusual circumstances, that’s not extortion. But if you tell your boss that you’re going to expose their extramarital affair unless they give you a raise, that could expose you to criminal liability. And it doesn’t matter if your boss is actually having an affair because the truth is generally not a defense to extortion or blackmail.

Which leads us to the email chain with the Enquirer that Bezos published yesterday.

State and federal prosecutors are reportedly investigating Bezos’s allegations. For its part, the Enquirer’s parent company, American Media, has made the following statement:

American Media believes fervently that it acted lawfully in the reporting of the story of Mr. Bezos. Further, at the time of the recent allegations made by Mr. Bezos, it was in good faith negotiations to resolve all matters with him. Nonetheless, in light of the nature of the allegations published by Mr. Bezos, the Board has convened and determined that it should promptly and thoroughly investigate the claims. Upon completion of the investigation, the Board will take whatever appropriate action is necessary.

Criminal extortion is not to be taken lightly, and it will be interesting to see if and when American Media pivots again based on the allegations.

Like Loading...
‹ Real Estate Is The New Gateway To The Ivy League For International Parents
Ground Report: What Farmers Had to Say About Modi Govt’s Income Support Scheme ›