One Toronto landscaper accused of killing eight men who went missing between 2010-17 has pleaded guilty to their murders.

Bruce McArthur, 67, was arrested last January and charged in the deaths of two men, and police subsequently charged him in six other cases.

Most of his victims had links to Toronto’s Gay Village neighbourhood.

Many of the victims’ remains are find in plant pots on one property in Toronto’s Leaside neighbourhood.

Each of the first-degree murder charges carries an automatic life sentence, meaning he will not be able to apply for release until the age of 91.

His sentencing hearing will begin on 4 February, in which friends and relatives will give impact statements, describing how the killings have affected their lives.

The judge must also decide whether to sentence him to consecutive life sentences, or whether he can serve eight life sentences concurrently.

What were his crimes?

By Robin Levinson-King in the Toronto court

In a packed courtroom, Bruce McArthur’s eight guilty pleas marked the beginning of the end of a saga that has haunted Toronto’s LGBT community for years.

Dressed in a black cable-knit sweater and a plaid shirt, McArthur spoke softly and matter-of-factly when addressing the court, which was filled with family and friends of his victims.

As the plea deal was read, they were stoic, but outside of the courtroom, many embraced with signs of relief in their eyes.

McArthur’s conviction and his subsequent sentencing to life in prison will bring closure for many.

But nagging questions remain: how did he get away with it for so long?

Why did he do it?

Who are the victims?

So far, all of the eight victims except one had ties to the city’s Gay Village.

Many were immigrants from South Asia or the Middle East.

Members of Toronto’s LGBT community have criticised police, saying they did not take their concerns about the missing men seriously.

The first two alleged victims were identified in January as Andrew Kinsman, 49, and Selim Esen, 44, who both went missing in 2017.

Karen Fraser, one of the residents of the home where victims were recovered, told reporters outside the courthouse that the couple feels “violated” by the man they knew for more than a decade.

“What does remorse look like? I only saw a blank face,” she said, calling him “evil” and a “shuffling, broken man, as he should be”.

She had previously met two of the victims, whom she did not name, at her property with McArthur. She said thinking about their last moments “haunts her”.

“They’re not just on a list or a photograph, and they were people standing in front of me.”

Mrs Fraser said that in her mind, there were two Bruce McArthurs: “Bruce A” and “Bruce B”. 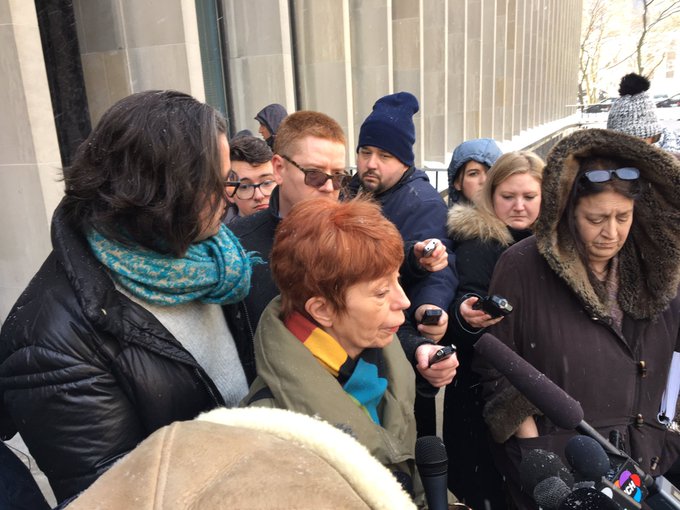 Karen Fraser, whose home was turned into a graveyard for McArthur’s victims when she let her landscaper and friend McArthur store things in her shed, says she’s “not big on closure”.

“I’m not big on closure. Terrible things were done.”

Lead Homicide Detective David Dickinson said investigators are glad for the guilty plea, which will spare victims and families a trial.

An independent review has been ordered to look into how police handle missing person cases.

“If mistakes were made we should learn from them,” Detective Dickinson said.

Alliance for South Asian AIDS Prevention Director Haran Vijayanathan, who has been speaking on behalf of many victims’ families since McArthur’s arrest, said they are grateful.

“We have closure now finally. We don’t have to guess and wait and anticipate and come to court meetings and walk away with no answers,” he said.

“So this is good for closure for everyone.”

Like Loading...
‹ Cobrapost Says Promoters Of Dewan Housing Finance Involved In Rs 31,000 Cr Scam
What next for Venezuela? Wait or War ›