Home › Health › The time before cigarettes were bad for your health

The time before cigarettes were bad for your health

You’d never see a marketing campaign like this today, without global outrage. But just a few decades ago, it was commonplace.

It’s difficult to believe that there was a time, not so long ago, when people were led to believe smoking was safe — it could even be ‘refreshing’ for your lungs.

Advertisers in the 1930s-50s used the catchphrase ‘doctors recommend!’

They even paid doctors to appear in advertisements to reassure people that smoking is something doctors encourage.

How bad can it be when doctors smoke too! Many of the doctor/actors were paid handsomely; not with cash but with cartons of durries.

It didn’t matter that cigarettes made you cough.

No, that’s not the cigarettes fault, that’s just the dust in your house or pesky germs floating around.

Some people saw smoking as little more than a phase most people go through, a ‘growing up’ ritual, a rite of passage that can hook you for a lifetime.

It wasn’t until January 11, 1964 that the public was given the true story via a definitive report linking smoking with lung cancer.

US Surgeon General Luther Terry compiled a 150,000-word report, with findings by ten scientists (five of whom where smokers themselves).

The message was blunt — stop smoking.

And, yet 54 years later, the worldwide battle to educate smokers continues its slow burn. 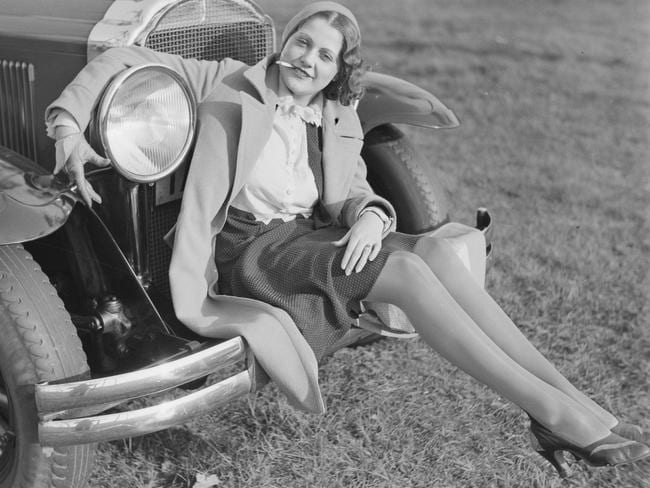 Often seen as a phase or a rite of passage, smoking was a common pastime around the world.Source:istock

The 1964 Surgeon General’s report, also known as the Terry Report, or its official name, ‘Smoking and Health: Report of the Advisory Committee to the Surgeon General’ was deemed so earth shattering, a decision was made to release it on a Saturday and not during the week, due to fears that its findings could impact the stock market.

At the time the report was released in the US, 42 per cent of adult men were smokers.

The Terry report claimed: ‘In comparison with nonsmokers, average male smokers of cigarettes have approximately a 9-to-10-fold risk of developing lung cancer and heavy smokers at least a 20-fold risk.’

The report held cigarette smoking responsible for a 70 per cent increase in the mortality rate of smokers over nonsmokers.

Smoking was officially named as the most important cause of chronic bronchitis, also pointing to a link between smoking and emphysema, and smoking and coronary heart disease.

It noted that smoking during pregnancy reduced the average weight of newborns.

One issue was kept partly dubious — that of nicotine addiction.

The report insisted that the “tobacco habit should be characterised as an habituation rather than an addiction,” mostly because the addictive properties of nicotine were not yet fully understood.

There were also differences in opinion when it came to the definition of addiction.

But, one thing was for sure, the impact of the report was damning and resulted in health warnings being printed on cigarette packing.

Yet, it wasn’t until September 1970 that all cigarette advertising was banned. The Terry report, along with other reports that followed, had a huge impact, with the percentage of smoking Americans declining from 42 per cent in 1964 to around 18 per cent today.

A report claims this decline has prevented eight million deaths.

MY DOCTOR SMOKES SO IT MUST BE OK!

In the early 1950s there was rising public anxiety about the health risks of smoking which led to advertising agencies to find new ways to hit their target.

What better way to reassure people that smoking is perfectly safe than to use a doctor in the ad campaign!

Anyone who has seen Mad Men will be familiar with the pilot episode when the ad executives have to explain to the tobacco company client that they aren’t allowed to advertise that their product is safe.

Instead, they had to come up with other ways to spruik their products to the public, with no mention of disease or death. 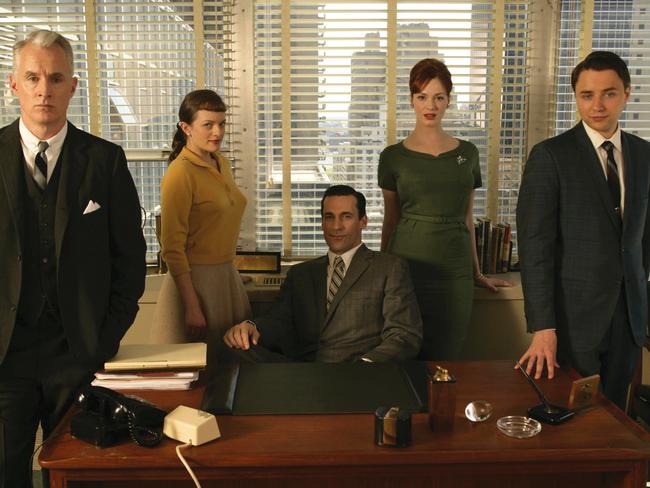 Anyone who has seen Mad Men will be familiar with ad agency attempts to sell cigarettes.Source:Supplied

What really happened was this: in 1946, the RJ Reynolds tobacco company launched an ad campaign for the cigarette brand Camel, using the slogan “More doctors smoke Camels than any other cigarette.”

RJ Reynolds claimed it conducted a survey of 113, 597 doctors who stated that Camel was the choice of most respondents.

But this survey was anything but independent — it was conducted by RJ Reynolds ad agency whose staff interviewed doctors about their own smoking habits after being provided free cartons of Camels. ‘More doctors smoke Camels than any other cigarette’, the vintage ad campaign claimed.Source:Supplied

By the early 1950s research had shown that smoking led to fatal disease and a variety of illness, but cigarette companies hit back — labelling these early studies ‘inconclusive.’

Then, manufacturers came up with a new way to calm those anxious about smoking — that the use of filters meant that the nasty toxins never actually reach the smoker.

People actually bought that story but, when you’re addicted, you’ll clutch at any straws to justify your habit.

Dr Anthony Komaroff who was a young medical student when the Terry report was released, said the impact of the report was backed up by his experience dissecting cadavers.

“The lungs of nonsmokers were pink. The lungs of heavy smokers were black. That didn’t look healthy, and the surgeon general confirmed that it wasn’t,” Dr Komaroff said.

“I also remember the impression the report had on my mother, who had been smoking for many years,

“She wasn’t wowed by the science or the weight of the evidence. Instead, she was impressed by the fact that America’s “top doctor” was advising her, and other others like her, to stop smoking.” Motorists on a Californian highway got a two-sided message from the same billboard in the 80s, depending on which direction they travelled. Shown here is the Cancer Society ad seen by westbound drivers on the day of the “Great American Smokeout.” Eastbound drivers saw a cigarette ad.Source:Getty Images

In the UK, research had been carried out since 1949 when Bradford Hill, epidemiologist at the London school of Hygiene and researcher Richard Doll from the Medical Research Council joined forces to study the background of lung cancer patients.

They found that out of 649 lung cancer patients only two were nonsmokers.

When the doctors extended their research to include 5,000 people, they found the same results. Doll, who was described by the British Medical Journal as ‘perhaps Britain’s most eminent doctor’, was said to have quit his own smoking habit immediately.

In 1951, Doll and Hill contacted 59,600 doctors, investigating their own smoking and then published the results that were considered so important that, 50 years later, the British Medical Journal has recently reprinted the first page of that report. Craven cigarettes implore UK customers to think of their throats.Source:istock

By 1956, the link was undeniable: Doll and Hill followed up their work and found more than 200 heavy smokers had died in a four-year period.

This led to the Royal College in the UK recommending higher taxes, restriction on cigarette sales to children, restriction of advertising, smoking in public places and information on the tar and nicotine content.

For the first time in a decade, cigarette sales fell.

WHAT WE KNOW TODAY

There’s no doubt smoking can cause cancer and then block your body from fighting it. According to the US Centre for Disease Control and Prevention, poisons in cigarette smoke can weaken the body’s immune system, making it harder to kill cancer cells.

This means cancer cells keep growing without being stopped.

Poisons in tobacco smoke can damage or change a cell’s DNA and, when the DNA is damaged, a cell can begin growing out of control and create a tumour.

Smokers have a greater risk for lung cancer today than they did in 1964, even if they smoke fewer cigarettes — that’s due to the changes in how cigarettes are made and what chemicals are used today. According to the World Health Organisation there are 1.1 billion smokers, with the tobacco epidemic being one of the biggest public health threats, killing more than 7 million people a year.

More than 6 million deaths are caused by direct tobacco use while an estimated 890,000 are nonsmokers who were exposed to second-hand smoke.

In 2004, children accounted for 28% of the deaths attributable to second-hand smoke. Around 80 per cent of smokers live in low- and middle-income countries, where the burden of tobacco-related illness and death is heaviest.

The Campaign for Tobacco Free Kids, led an investigation across 22 countries and found cigarettes are being promoted close to schools in a bid to recruit young people to take up the habit.

Some of the tactics used are to place cigarettes near lollies or soft drinks, or at a child’s eye level.

But even today, millions of people are not getting the message or are still struggling to quit.